Last year, I began to refer to our financial situation as Schrödinger’s budget. At any given time, we might simultaneously have and not have sufficient money to cover all of our costs.

A Schrödinger’s cat reference refresher that bears a stark resemblance to our budget via imthebirdguy.

How is that possibly possible?

We could have $5000 in invoices out – technically, it’s our money – but that doesn’t mean we have $5000. People aren’t always quick to pay, and sometimes, they don’t pay at all. Other times, work slows down to a trickle or completely dries up for days or weeks or *gulp* months.

Taking a cue from Schrödinger, I had begun to avoid looking inside the box* where we kept our budget. 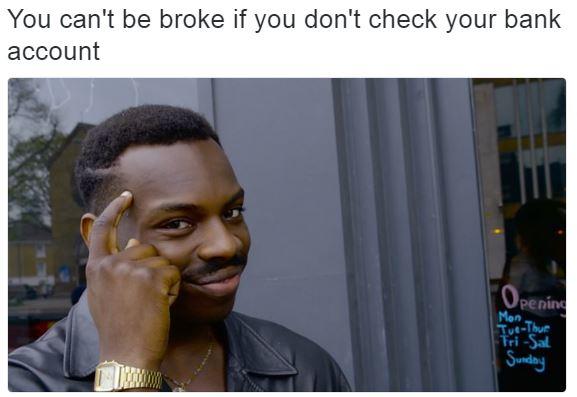 There were a few ways we could’ve dealt with the situation. Option #3: Lower our cost of living.

Option #1 ain’t gonna happen. I’ve gotten too accustomed to getting my own way to go back to taking orders from somebody else.

Option #2 isn’t entirely within my control. I can raise my rates and market more, but neither is a guarantee of more work.

So Option #3 was our best bet, except we already lived a pretty scaled-back lifestyle. Neither Jack nor I are big spenders. We just live in an expensive city.

But what if we didn’t live in New Orleans?

What if we lived on a boat?

When the idea of living on a boat first started to percolate, I did a little research. I checked out the price of marinas, maintenance, and margaritas in the U.S., and lo and behold, it’s a helluva lot cheaper to live on a boat than on land. Like a quarter what we were paying in New Orleans – less in some scenarios.

Technically, you can live aboard a boat for free. Turns out there’s a whole community of “floating homeless” living on the hook in Sausalito. You simply drop an anchor and live. You can add solar panels and wind turbines to make your own energy for years for the cost of the equipment. In a pinch, you can fish for food and add a rainwater catcher to keep your water tanks topped off.**

If we could just get a boat, we could lower our cost of living and score a waterfront view.

Of course, there’s a catch.

Boats aren’t generally cheap. They’re pretty expensive in most cases. At least by our plebe standards.

We got lucky finding the Sea Shanti, our 37′ Cooper Seabird, for $3000 on Craigslist. I’m gonna take some of the credit though. I scoured the site until my eyes itched, driven by a wild fantasy that a boat within our budget would be delivered to me by the internet fairies. Sometimes relentless fantasizing pays off.

We also got lucky in that we’ve been somewhat flush since February. I had a crazy busy streak through the spring and early summer, so we could dump enough money into the project to at least get us into the water. That made it possible for Jack to cut back on his work load and focus on renovations, to speed the project along.

The streak slowed down just as we moved out of our apartment and onto the boat, and it was scary for a few days. We were already sweltering in the shipyard with no AC and panicked about the holes in the boat. We were already terrified by the threat of a hurricane blowing up before we were ready to boogie and second-guessing every decision we’d made since college.

Then, money did what it does best when you need it most – it blew town like a gambler with a bad debt.

Money is always the last straw. It’s always the snapping point. And we were sorely depressed and really questioning whether we’d made the right choice.

But then I remembered…

this is exactly why you’re doing this.

I wanted to write this post because this is the thing that excites me the most about the Sea Shanti. On land, we’d have spent the next ten years scraping by, longing for vacations that would put us in the poor house, and never having time to explore our interests outside of work.

Maybe we made a crazy gamble, but I still think it’s gonna pay off.

*To be clear, I’m speaking metaphorically here. It’s the 21st century, and we’re tech-savvy mofos. We don’t keep our money in a box. We keep it in our freezer, William Jefferson-style.

**We’re not quite ready for that yet (as we have no working engine, propeller, steering wheel, or sails), but I like that it’s an option.