In the first two installments of this series, we gave the overview, and in part 2, we took a dizzying look at batteries. Having decided on the batteries we’re going to use, we now turn our attention to charging said batteries so they can do their job.

When in a slip, you’ll usually have “shore power.” This is exactly like RVers use at campsites. You plug a big ol’ cable into a box, and all your outlets come to life. As a byproduct, your batteries get charged.

But what about when you’re, well, anywhere but there? If you’re running your engine, and you’ve taken the time to make sure your alternator is the right size, then it will charge your batteries exactly like the battery in your car is charged.

Thing is, we live on (what will some day be) a SAILboat so ideally, you would, you know, SAIL. Ipso facto, the engine would not be running. Not to mention the idea of “living on the hook” where you’re anchored out in the middle of nowhere. Or “on a mooring ball” in the Caribbean. Sure, you could get a nice, generator with the fumes and the burning of gasoline. But really? Is that really optimal? No. No it isn’t. So what to do?

If you’re lucky, being on a sailboat, there are two things you’re likely to have: sunshine and wind. And coincidentally, those two things can charge batteries. It just takes a little convincing.

As discussed in Part 2, we’ll have 8-6 volt 225 amp-hour batteries. As a result, we’ll have a 900 amp-hour 12 volt DC system. I like the idea of both wind and solar since at any time you may have one but not the other. Also, solar panels are currently more efficient than wind generators. I kind of look at it like the wind turbine keeps things chugging along, and the solar panels act like a mid-day turbo boost.

After looking around at the options, there are quite a few reasonable choices.

Most of the options are some variation of this: 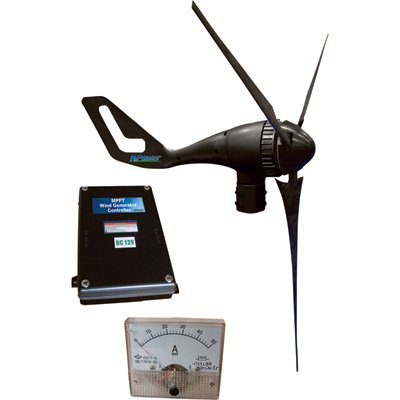 and those are great from everything I’ve heard, and I’ve seen a lot of them around, but I thought we could do something more fun.

So we’re going to have two of these colorful beauties – one on each back (aft) corner of the boat, which should provide around 700 of the 900 amp-hours we need.

Then, we throw a couple of these solar panels into the mix to make up the difference.

To be fair, we’ll likely need more than just two of the solar panels, but the beauty of this setup is that it’s expandable!

Just when you thought this was about the coolest thing you’ve ever seen, there’s more. See, the thing is, you can’t just plug all this stuff up into the batteries and go have a beer. You need a Charge Controller. 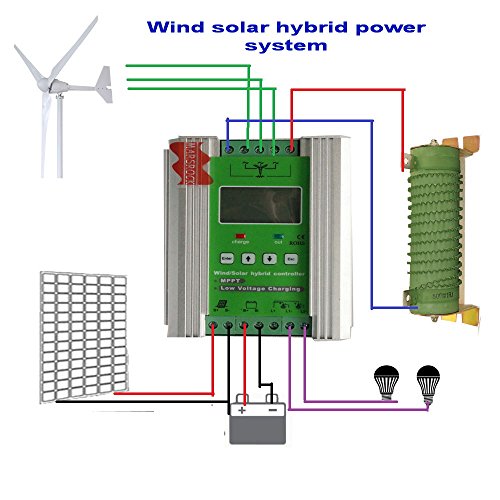 This charge controller will do it all. And as an added bonus, that green thing on the right is where any excess charge goes. I suspect it just feeds the extra current into carpets and doorknobs all around the world.

I am unbelievably excited about this portion of the project. (Batteries are sexy, don’t get me wrong).

Here are the links to items mentioned in this post for those who want more info. Bonus, these are affiliate links, so if you purchase anything from Amazon after you visit through this link, you’re helping to fund our power project, too! So thanks!

About the Author: Jack

Jack Ware is the captain of the Sea Shanti. Before he started renovating the derelict sailboat, Jack spent his time playing sax in several New Orleans bands and running a tech solutions company.